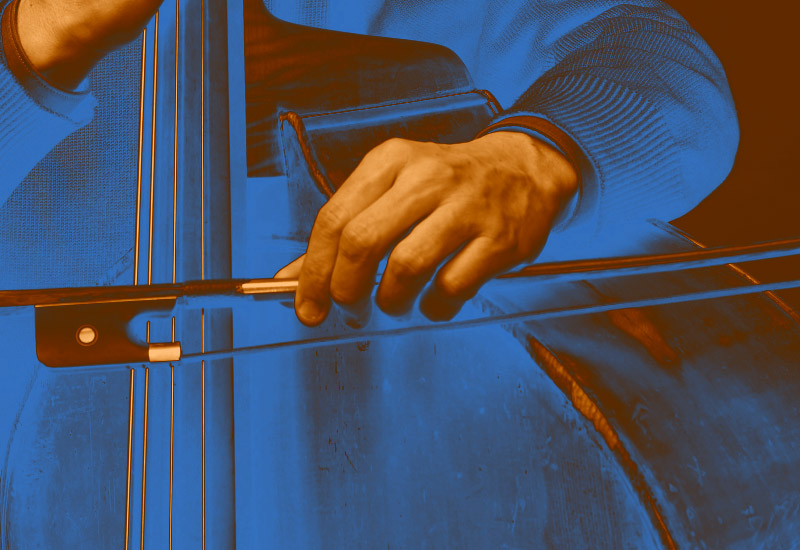 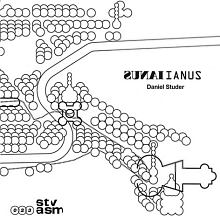 This is music of the extreme, but it is also intricate and difficult, both for performer and listener. At first blush, the sounds may appear as randomly produced, and freely improvised without constraint. But Daniel Studer, who leads this exotic quintet though his suite purportedly describing ancient and modern Rome, is too sophisticated and clever to merely let everyone go at his (or in this case, her) whim. Rather, the pieces are loosely structured, almost thematic, clearly heading somewhere (where?), but immersed in abstraction. On its face, the instrumentation is unusual but not unwieldy: trombone, clarinet, bass, cello, and voice, something suited for almost anything from Dixieland to the Avant Garde. While the players are given considerable freedom, patterns emerge, and there is a coordinated effort that flows from Studer’s exquisite writing and guiding hand. The results are sometimes intense and intricate, as for example, on the lengthy ”Teil 3,” where Giancarlo Schiaffini’s muted trombone jabs and jolts sporadically while the strings come and go with emotional fanfare and Silvia Schiavoni pulls and stretches sounds like they were warm taffy. Schiavoni generally does not articulate actual words (”Teil 4” is a major exception), yet she sings with such singular conviction and bold dynamics that it is easy to forget that the phrases she tosses off so cavalierly are not always intended to make sense. Studer’s bass is rarely in the foreground, but his presence is everywhere, whether as the composer of every track or as the underlying glue that directs the traffic. Think of the proverbial drunken sailor, but throw in some weird pronouncements and radical improvisations colored by a dark, nightmarish veil, and you have a sense of the depth of the recording. Let’s just say you probably won’t hear it on the elevator or in the grocery store.
Steven Loewy

Made up of equal parts New music, program music and European-inflected improvisation, IANUS is bassist/composer Daniel Studer’s portrait of Rome, where he lived from 1981 to 1995. What the now Zürich-based musician tries to do is create a heady program that represents both the modern Eternal City and its ancient counterpart. He’s familiar with both, having gone to Rome to take part in archeological excavations.
Combining written and improvised sounds, the music comes from a small chamber ensemble. It’s made up of Studer, veteran Italian improv master Giancarlo Schiaffini on trombone, and two fellow Swiss as familiar with so-called classical as improvised sounds. They are clarinetist Jürg Frey, also a composer and director of a concert series; and cellist Alfred Zimmerlin who has worked with German drummer Paul Lovens and Swiss saxophonist Christoph Gallio.
Extra textures come from the lyric soprano voice of an associate of Studer’s and Schiaffini’s, Silvia Schiavoni. Slotted into New music where her voice is exercised on difficult vocal works, she fills a similar function here. Wordlessly trilling as well as singing or sometimes reciting texts which range from Ovid’s poems in Latin to guide book descriptions of Rome in English, she functions as another instrument not a vocalist.
The end product is strangely bifurcated -- most convincing when the soloists are allowed their instrumental heads, and somewhat off-putting when ostensibly nonsense sounds are being rhymed or expelled in a variety of languages.
Overall, the pieces reaches a climax with the lengthy third track, subtitled in French “S. Pietro-Castel S. Angelo: développement et permanence” and comes to a satisfactory conclusion with part four, “Piazza Navona-Capitole: la ville moderne”. Unfortunately separating the pair are two shorter tracks entitled fragments. Little more than adagio intermezzos, Schiavoni’s contributions resemble plainsong filtered through formalistic double counterpoint interpolations from the non-vocal instruments. “Teil 5” too is less than a coda. Potentially unneeded, compared to some of the interaction that proceeds it, the tune finds the vocalist whispering ululating lyrics and phrases, with polyphonic heraldic string and horn lines coming in and out of focus behind her.
Contrast that with track three. At this point Studer has established his sound portrait of Rome. Built on as many high points as the seven hills of the city, it has evolved slowly to involve each musician. Schiaffini’s pedal point slurs and chromatic growls have been displayed, as have Frey’s chalumeau modulations and pitch vibrations, Schiavoni’s light-voiced, high tessitura agility and silent mouthing plus a series of concentrated jettes and double stops from the low-pitched strings players are also on hand.
A cappella, the singer begins developing ritualistic-sounding broken harmonies that emphasize different tones and syllables. Soon she’s joined by timbres created by flowing shaded strings, which soon mesh with buzzing clarinet lines. Trimming down to single syllables, her presentation is more wedded to a chamber music than elsewhere, especially when she trills her lyric lines. Pushing aside the swollen clarinet arpeggios and string jettes, the trombonist lets loose with plunger tones, and the cello and bass with wing-span-wide spiccato noises, causing the vocalist to bite off her endings in a spoken word section.
Declaratory parlando characterizes this track and its equivalent, “Teil 6” as Schiavoni’s conversational recitation competes with busy sul tasto movement and hearty bounces from the strings. As guide book description morph into rhyme, node-scratching ponticello and fluttering reed trills serve as her back up. Veering between unexpected melodrama and onomatopoeia studded with disconnected English phrases, Schiavoni extends her lyric crooning so that it harmonically doubles tones with the clarinet. Postlude is made up of throat-entombed undertones that abruptly dissolve.
Had Studer excised the next track and cut out his fragments, IANUS may have been a complete triumph. As it is, the CD offers some challenging listening and the hope that he’ll focus on the strongest parts of this experiment when the composer next crafts another program piece.
Ken Waxmann, 2005